If there is one major benefit associated with coffee consumption, it would have to be energy. Almost ritualistic, upon waking before starting the hectic hustle and bustle of the day, coffee if consumed to give us the energy boost necessary to survive a day of corporate office life, or to help us cope with the day ahead.

Is it effective for this? Absolutely. At least, for a period of time. After this initial period of time, coffee’s major energy boosting effects may be diminished, requiring more to achieve the same effect. Regardless, coffee can be a potent pick me up at times when you need to push your productivity into overdrive.

Interested to learn if coffee is right for you? Let’s go!

Coffee Is Able To Act On The Brain

As the day progresses, our circadian rhythm dictates that it is time to slow down and starts initiating feelings of drowsiness and relaxation. This is normal and is actually good for optimal health as it helps ensure we get enough sleep.

The way this occurs is due to the action of adenosine on its receptors, aptly named the adenosine receptors. Caffeine and adenosine share structures that are very similar and both belong to a group of compounds known as xanthines.

So, owing to the fact that their structures are closely resembled, caffeine is able to “mimic” the shape of adenosine, and interact with its receptors effectively blocking adenosine from causing its relaxing effects. As a result, nerve impulses are transmitted faster, instead of slowing down, at least up to the period that caffeine wears off and releases itself from the receptor.

Caffeine found in coffee improves muscular contractions and blood flow, allowing for smoother neuro-muscular transitions and increased force of contraction. This is perfect for athletes who need a competitive edge while training, or anyone involved in physical work for that matter, as its benefits should manifest as resistance to fatigue.

Motor function refers to the efficiency with which we are able to perform tasks with our limbs, such as performing repetitive tasks with your hands, such as on a keyboard, or doing data entry. It is for this reason that coffee/ caffeine rules the roost when it comes to improving efficiency from doing repetitive tasks, but not necessarily tasks that require technical processing.

Do you find yourself to be at your most productive when stressed, depressed or anxious? No, as emotional state plays an important role in your focus and even energy levels. Consumption of coffee raises brain chemicals that promote a sense of wellbeing, allowing you to perform in a state of emotional efficiency.

One of the effects of coffee in the body is increasing the output of adrenalin from the adrenal glands. Adrenalin keeps the body in a high energy state, to perform at higher intensities. This is due to evaluation of the “fight or flight” reflex, which either makes the body able to handle challenges, or run from them.

Think of this as a computer’s RAM, which is the processing power your brain is able of. By increasing your working memory, you are less prone to be distracted and allows you to have a clean flow of energy to the brain.

Coffee can be especially useful when consumed before a task or activity that requires a high degree of focus or energy. Just try to not get too reliant on coffee, consuming it just for the sake of doing it. This will lead to tolerance, and a point of diminishing returns.

About the Author: admin 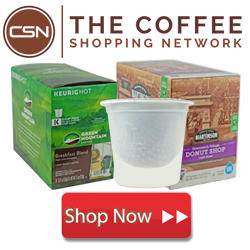